Get in the Halloween spirit with ‘IT’ 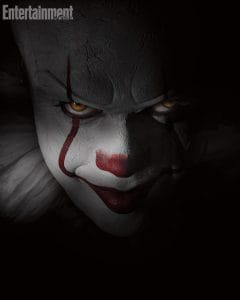 If you are looking to get into the Halloween spirit this weekend, why not take a re-read of Stephen King’s terrifying book, IT.

Entertainment Weekly (EW) has reported that production is under way on Part I of the new film to be released September 2017.  According to EW:

“Based on the novel by Stephen King, the film’s story recalls a promise made twenty-eight years ago that forces seven adults to reunite in Derry, Maine, where as teenagers they battled an evil creature that preyed on the city’s children. Unsure that their Losers Club had vanquished the creature all those years ago, the seven had vowed to return to Derry if IT should ever reappear. Now, children are being murdered again and their repressed memories of that summer return as they prepare to do battle with the monster lurking in Derry’s sewers once more.”

The film is set to be released in two parts with Part One focusing on the group of teens called the Losers Club, while Part Two is set around the repercussions on these characters as adults.   Read more at Entertainment Weekly.  (We are hoping we can see our panels in the final production!)

What are you looking for?